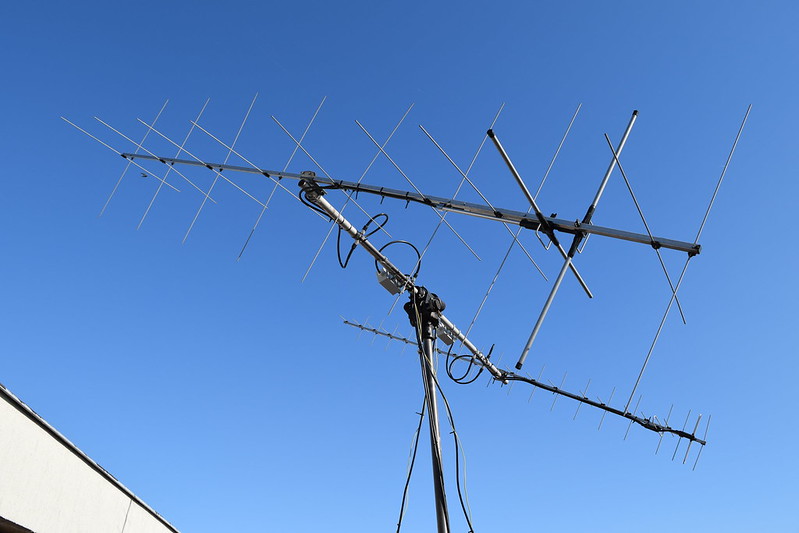 The UHF or ultra-high frequency range of the radio spectrum is the band that extends from 300MHz- 3GHz. The wavelengths that correspond to such limited frequencies are 1m and 10cm. In a UHF antenna band, the signals coming from earth-based transmitters are not being returned by the ionosphere going to the surface. Instead, they are always passing into the space. On the other hand, the signals coming from the space often penetrate to the ionosphere and reach the surface.

The global shortwave propagation that is familiar to the users of lower frequency is not known at ultra-high frequency. The troposphere causes the ducting, bending, and even scattering at UHF, thus spreading the communication range beyond its visual horizon.

Meteor-scatter, auroral, and earth-moon-earth or also called as moon bounce propagation are usually observed. However, these models do not give off dependable communication and are of great interest to radio operators. For the upper part of the said band, the waves could be focused or collimated by dish antennas of decent size.

The ultra-high frequency band is widely used for broadcasting and satellite communication, in paging systems and cellular telephone, as well as by 3G wireless services. Since the frequency can be very high and the band is also wide, wideband modulation and spread spectrum modes prove to be practical. Sub-bands and channels within the high frequency portion of the spectrum are being allocated by the ITU or International Telecommunication Union.

There are more available channels with ultra-high frequency so in areas that are more populated, UHF antenna types are less likely to have interference from other systems. On the other hand, if you happen to be in an area where the population is thin, then a VHF antenna should work just fine.

Not long ago, the FCC has opened a new VHF frequency that is called as MURS but so far, this is not heavily used in many areas. If you happen to be in an area where interference from other radios might be an issue, then a UHF transmitter and receiver will be your best choice, unless you utilize a MURS VHF radio. When it comes to squeezing through physical barriers such as buildings, walls, and rugged landscape, UHF is better at squeezing through.

Anything that can obstruct a radio wave can weaken a radio signal. But the use of UHF can help lessen this effect. Although this may not travel as far, the radio waves coming from UHF can traverse around obstacles so much better than VHF.

One of the downsides of using a UHF is that the FCC needs you to acquire a license to operate in such frequencies. If you opt for a radio with VHF frequencies, you can operate it even without a license. Also, a UHF equipment is often pricey, and the components should be finely tuned and are expensive to construct.

But in terms of advantage, a UHF transmission is the physically shortwave that is being produced by the high frequency. This means that your antenna on the radio can be shorter than an equivalent VHF radio.Knowing these things will greatly help in order to maximize the benefits that the antenna has to offer aside from knowing which type is best for you. Refer to this link to know more about ultra-high frequency antennas.